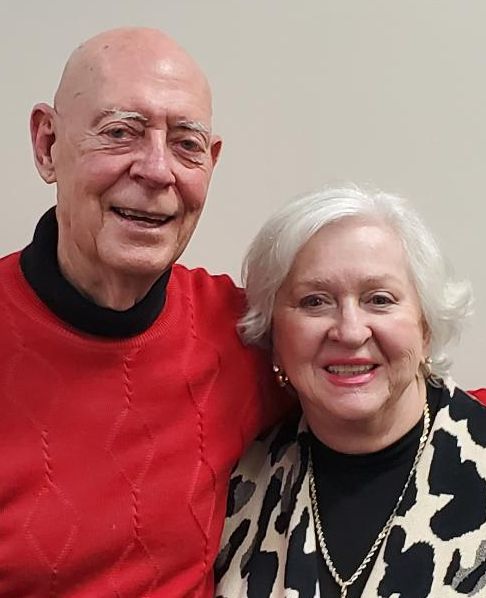 Our January VOLUNTEER of the MONTH is THE PHILHOURS TEAM! Susy (Party) and Joel (Landscape) head up two important committees at BDBC. All who attended the Holiday Luncheon saw how well they work together.  Joel was in the kitchen manning the drink station while Susy was making sure serving the food went smoothly.
Susy shared her “bridge journey” with us several months ago but what about Joel’s? Here is a message from him:

Susy and I played “party bridge” thirty years ago while living in Bowling Green, Ky.  Most of the ladies were school teachers and they discussed school and us men.
When we moved to Alabama twenty-plus years ago Susy discovered the bridge club. I read some bridge books and learned enough not to embarrass her. A high point in our partnership was Susy earning her gold points in an Atlanta tournament to become a life master.

Everyone knows Susy- I often introduce myself as “Mr. Susy”.
I am a retired accounting professor from Western Kentucky University.  I volunteer with  Disaster relief and as a tutor for ACT prep.